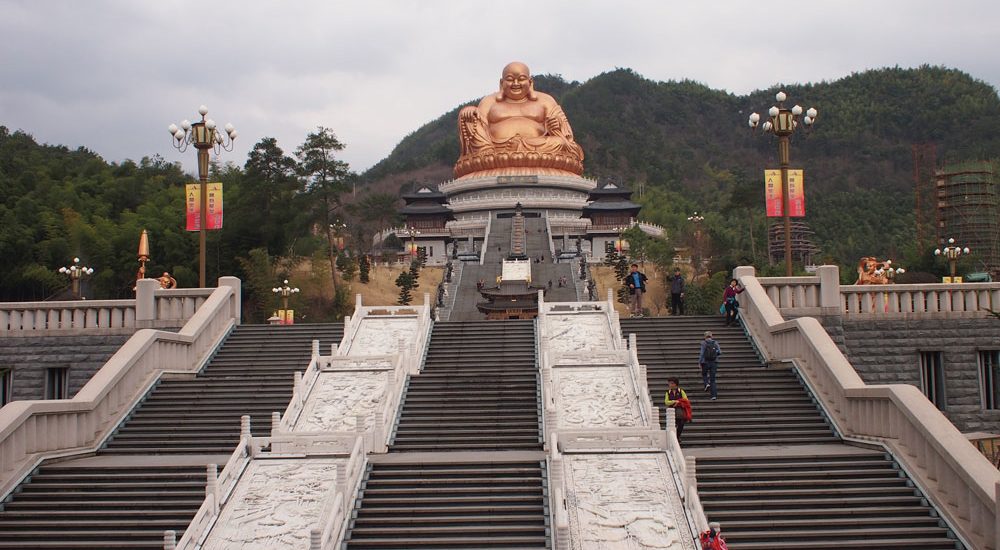 Xuedou Temple 雪窦寺 near the town of Xikou in Zhejiang is one of the 10 most important Zen temples in the world.

It is home to the impressively big, infectiously smiley copper Maitreya Buddha. At 56.74 metres high, he is the world’s largest version of his particular type of Buddha – “big smiling” – and his whole body has symbolic meanings:

You can climb the 300 steps to see him up close and touch his massive toes to bring luck and good fortune. 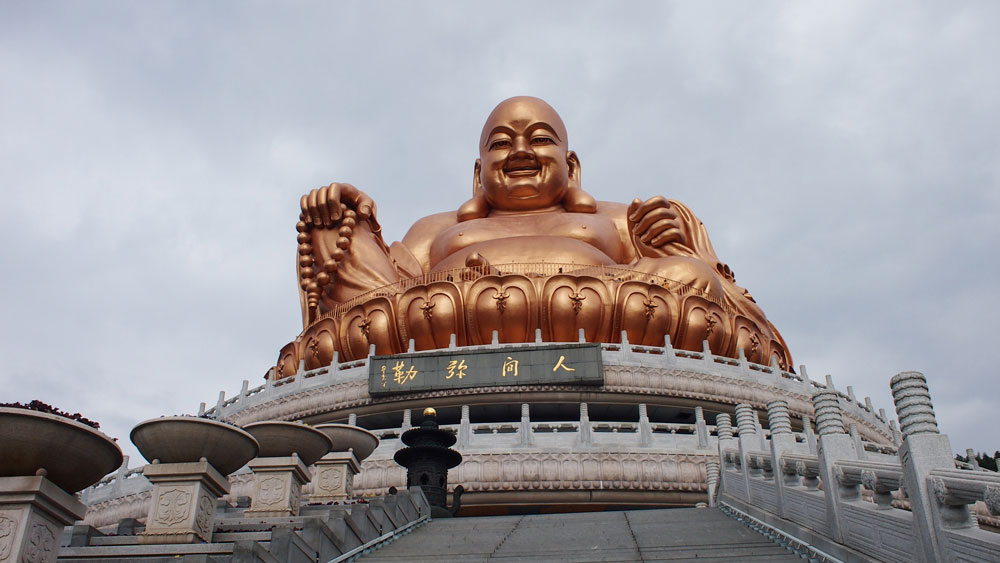 The temple complex, which sits among beautiful mountains, is pretty big – its central Longhua Square is apparently big enough to fit 10,000 people! Luckily there was nowhere near that number of people on the day we visited.

Entrance into Xuedou Temple is 90 RMB per person, which I felt was a bit steep, but it was a pleasantly quiet place to while away a few hours. If you want to gain the extra ‘good fortune’ that touching the Buddha’s tootsies will bring you, you’ll need to pay (oh the irony) an extra 20 RMB.

You can combine a visit to the temple with a trip to Xikou town itself, famous for being the birthplace and early home of Chiang Kai-shek, who was the leader of China from 1928 until the Communist Party took over in 1949.

Xuedou Temple is about half an hour’s drive south of Ningbo. While it is possible to get to there by bus from Ningbo south bus station, we opted to share a private driver between four of us.